【EPL Football】21/22 The Review of ChelseaFC under Thomas Tuchel 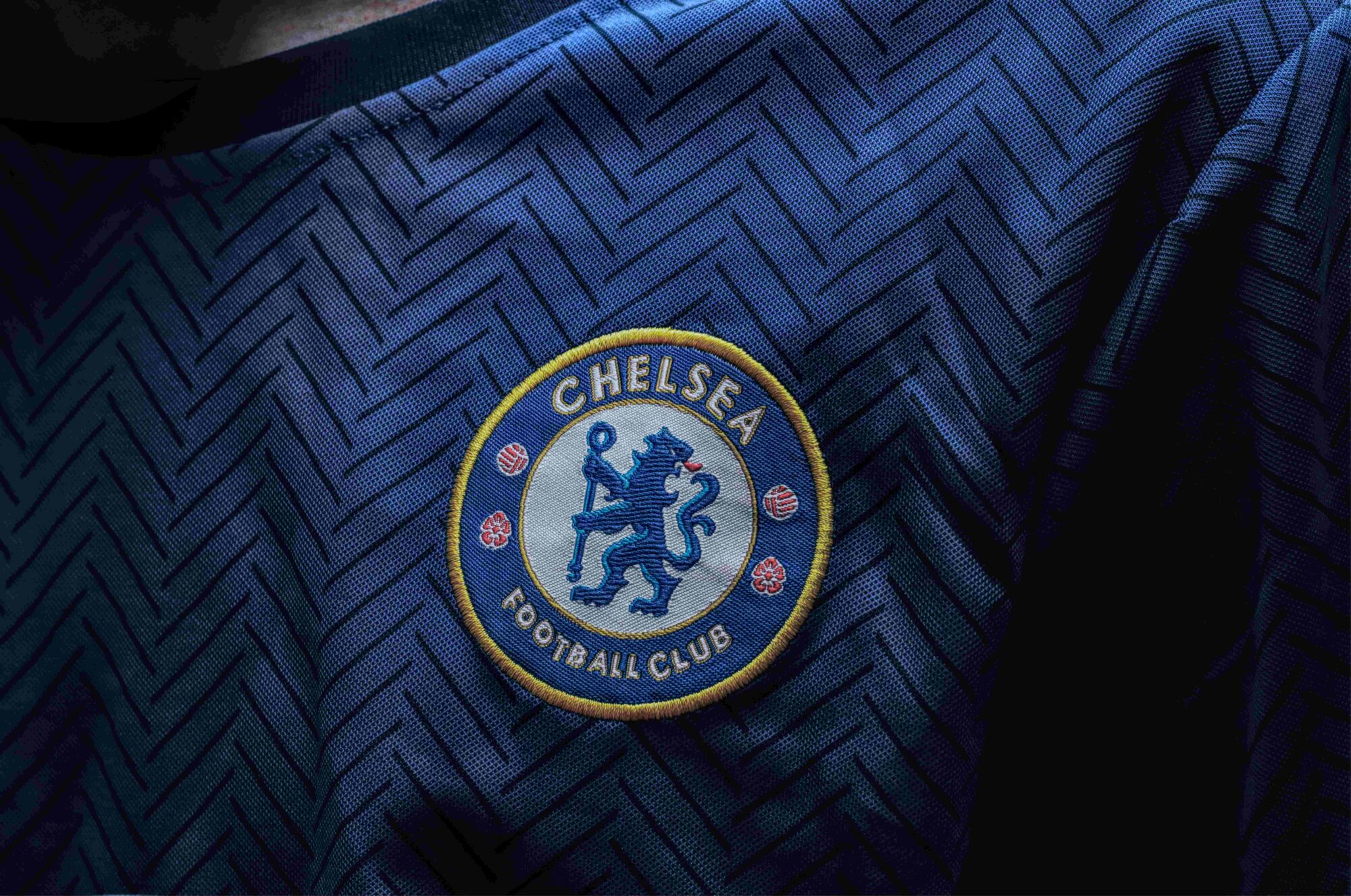 When Thomas Tuchel became a manager of CFC and then…

After Thomas Tuchel became a manager for Chelsea FC in the 2020/21 season of winter, He drastically change everything CFC’s situation on the field as well as off like. Even comparing to the squad situation under Frank Lampard, TT has more sophisticated tactical mind and ideas to work 11 men winning every match. In fact, he shifted to the 3-4-3 system because there are some great wing backs and defensively talented center back players in the squad. He firstly proceeded to redevelop defensive method and how to make pressing when blues doesn’t have a ball. That’s why he went through to the UEFA champions final and won a big ear although he took in charge of first year.

He is not only good at selecting well conditioned players for each match, but he is also an expert to build up the certain relationship between coaches and players through daily training. In terms of the player selection under Frank Lampard, everyone remember Frank has made a decision for starting lineups based on who he likes or not, which is he forced Antonio Rudiger and Marcos Alonso out of the squad. Watching every match after Thomas took a lead of squads, he is very talented to manage a large scale squad from the youth category to the top team like cooking a dish by using raw materials that he has now on the table.

How situation went through out a 21/22 season

Before starting a 21/22 season under Thomas Tuchel, many people and Blues supporters were predicting CFC could be one of EPL title competitors like Guardiola’ Manchester City and Klopp’ Liverpool. However, its prediction couldn’t be real because of some reason.

A Huge impact to the squad is the injury which is Ben Chilwell, Left-Wingback’s long term absence. He got an ACL injury in November, 2021 when Blues matched with Juventus in the UCL group stage. Therefore, Tuchel has been forced to manage LWB position with only one option of Marcos Alonso. In addition, he had other players often injured , such as Reece, Pulisic and etc… through the season.

The other reason why Blues couldn’t constantly manage the game to win is that he yet found solutions to get scores by using Lukaku. Of course, there was a problem that Lukaku had an interview with Skysports Italia in the middle of season without getting a official permission from the club, and he answered them that he wants to return Inter Milan and Serie A sometime. That caused annoying noises around squads and cracked relationship between Tuchel and Lukaku. After an incident, he apolozised to the manager and club, but expectators never know whether their relation recovered or not.

Third big reason is Russian’s invasion to the Ukraine and war. The Blues owner is Roman Abramovich, well-known as Oligarch. Although I skip mentioning details about sanctions by UK government and the club sales process; there are great sources from The Athletic, those made a huge impact to the team performance on the pitch and also mentally.

Explained: Why Roman Abramovich has handed over the ‘care’ of Chelsea – and what it really means

When UK government sanctioned Abramobich, all his UK-based assets had been frozen, including the football club he has been financially supporting. However, the club need to continue the football business, pay salaries to stuff, and fulfill fixtures, so UK government gave a special license enabled club to take activities until the end of May, 2022.

About the license details from The Athletic down below↓

Abramovich sanctioned – what it means for Chelsea’s transfers, contracts and tickets

Although the club sale was slower than we expected, Blues couldn’t meet Rudiger requirements for the extension of contract which runs out this season, and same as Christensen, he is also out of our hands now. Reportedly, Rudiger will join Real Madrid next season. There are rumours that Azpilicueta and Alonso are also having interests from Xavi’s Barcelona. Blues triggered the one year contract extension with Azpilicueta, but we can’t assume the Azpi’s desire to be back to Spain.

I imagine that player felt like no home to go back and break down the ground when the club in the process of sales. It would be inestimable time for players and stuffs work for the club. Even everyone at the club was facing the hard time, Thomas Tuchel work as always as manager to do the job, which is leading his squad to win every match. That’s why all blues’ supporters are giving fulll respects to him and believing in his ability to compete in the hardest league around the world.

As a result, Chelsea finally have confirmed Todd Boehly’s consortium has agreed terms to buy the Blues in May 7th, 2022.

Transfer Market and Values based on Transfermarkt

There are rumours that the club have interests to negotiate with some defenders and defensive midfielders, such as Kounde, Gvardiol, Koulibaly, Cucurella and etc…

＊Transfer will be more than price on the Transfermarkt normally.

Kounde, 23yrs and Gvardiol, 20yrs are very young, but they could be cost to get and I would be bit pessimistic about their defensive and attacking ability on the pitch. When I watch their games and compared Rudiger, I saw their bit lack of ability to cover the back of defensive line. In addition to that, I assume Tuchel still use back 3 next season, so it can be crucial to lead and control the defense line high up the pitch when push the opponent in the middle third zone. In terms of attacking ability, under Tuchel’s 3 CBs system, it is important for LCB and RCB to precisely position to make a few options to connect pass lines.

At this point, Cucurella would be an perfect option for Tuchel because he can do LB, LWB, LCB (3CB system). He has also great stamina to run and cover the pitch in full 90 mins and can support attackers by making great runs from behind without having a ball in the attacking phase.

Suggestion of LWB options from my view point

Both LWB are technically, mentally, physically phenomenon and impressively tough this season. Their crossing ability is also attractive. Perisic is now the age of 33 and will be free if he doesn’t extend contract with Inter Milan. 1.86m of Physical Height is great and strong to manage the high ball. Kostic is now the age of 29, so the club would be able to offer more than 2yrs contract supposedly. When watched Frankfurt game regularly, All Kostic’s crosses are brilliant. He doesn’t need to leave off the opponent by dribbling when giving crossed ball to the opposed penalty area. It’s like a magic. There are the reasons why I want to see them in the Blues’ squad if negotiable on next summer transfer market. 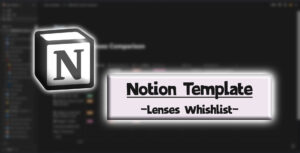 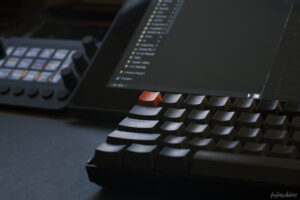 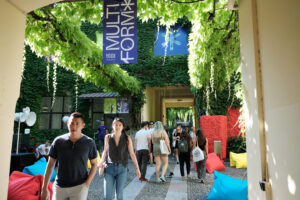 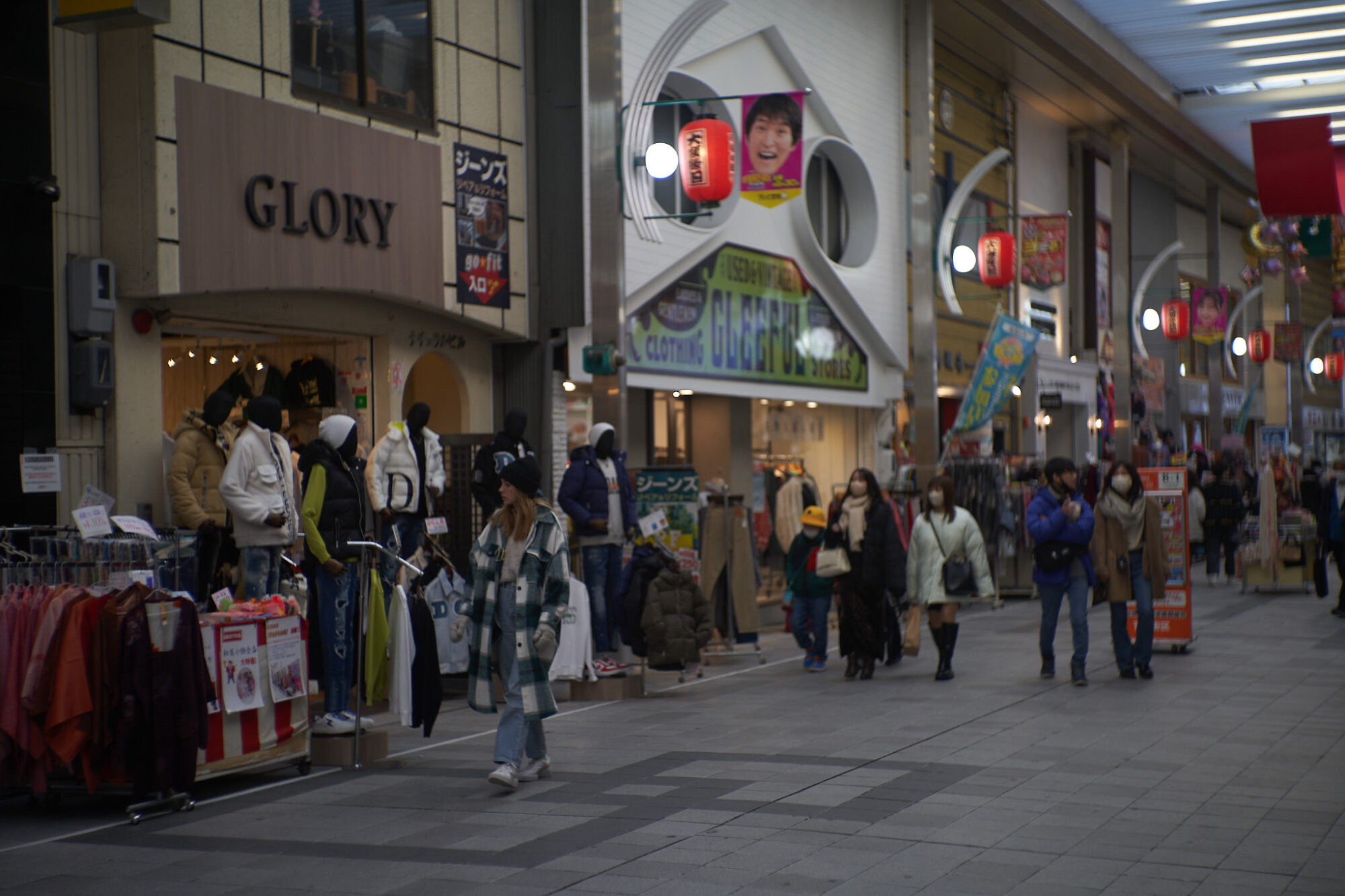 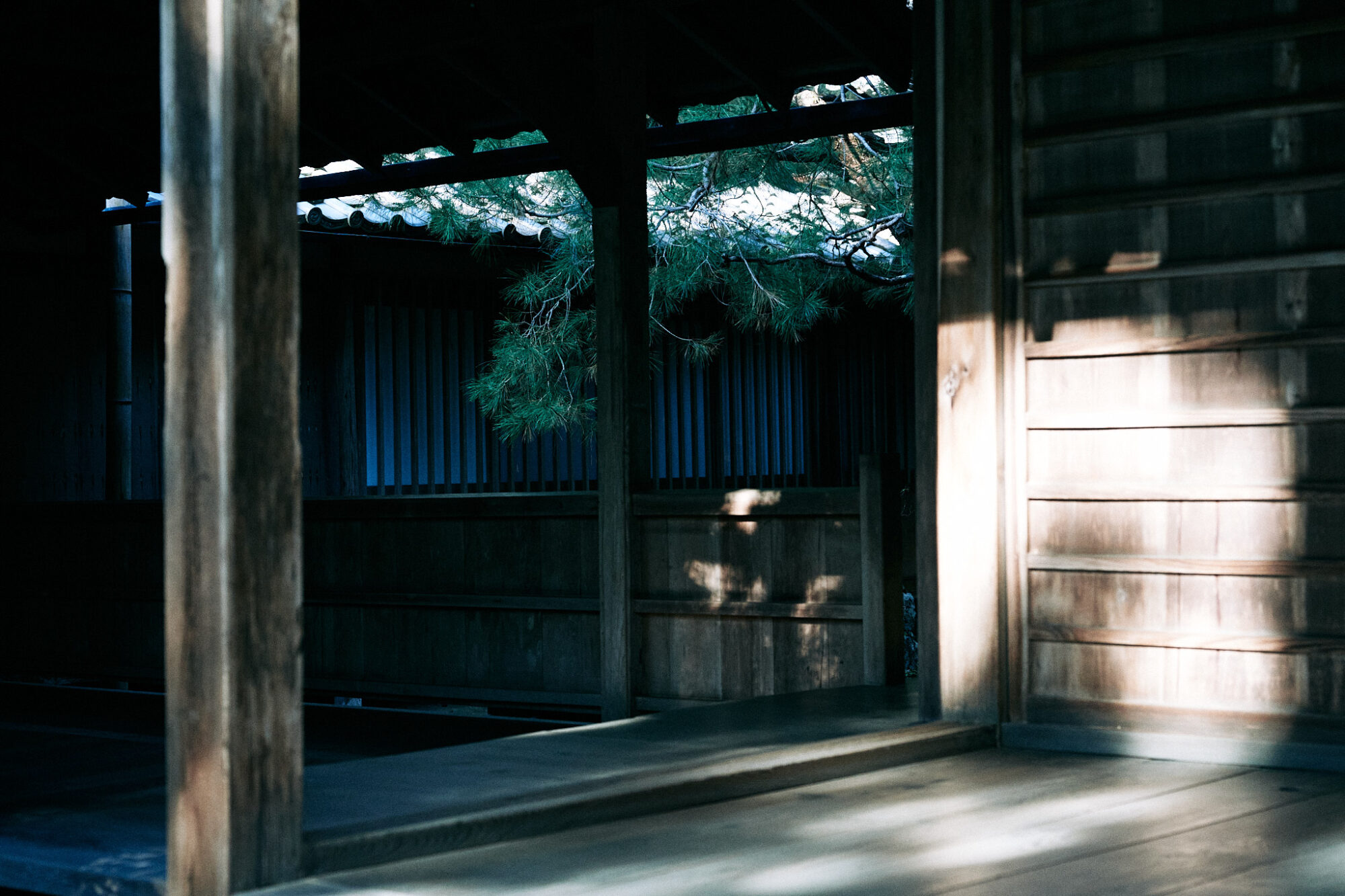 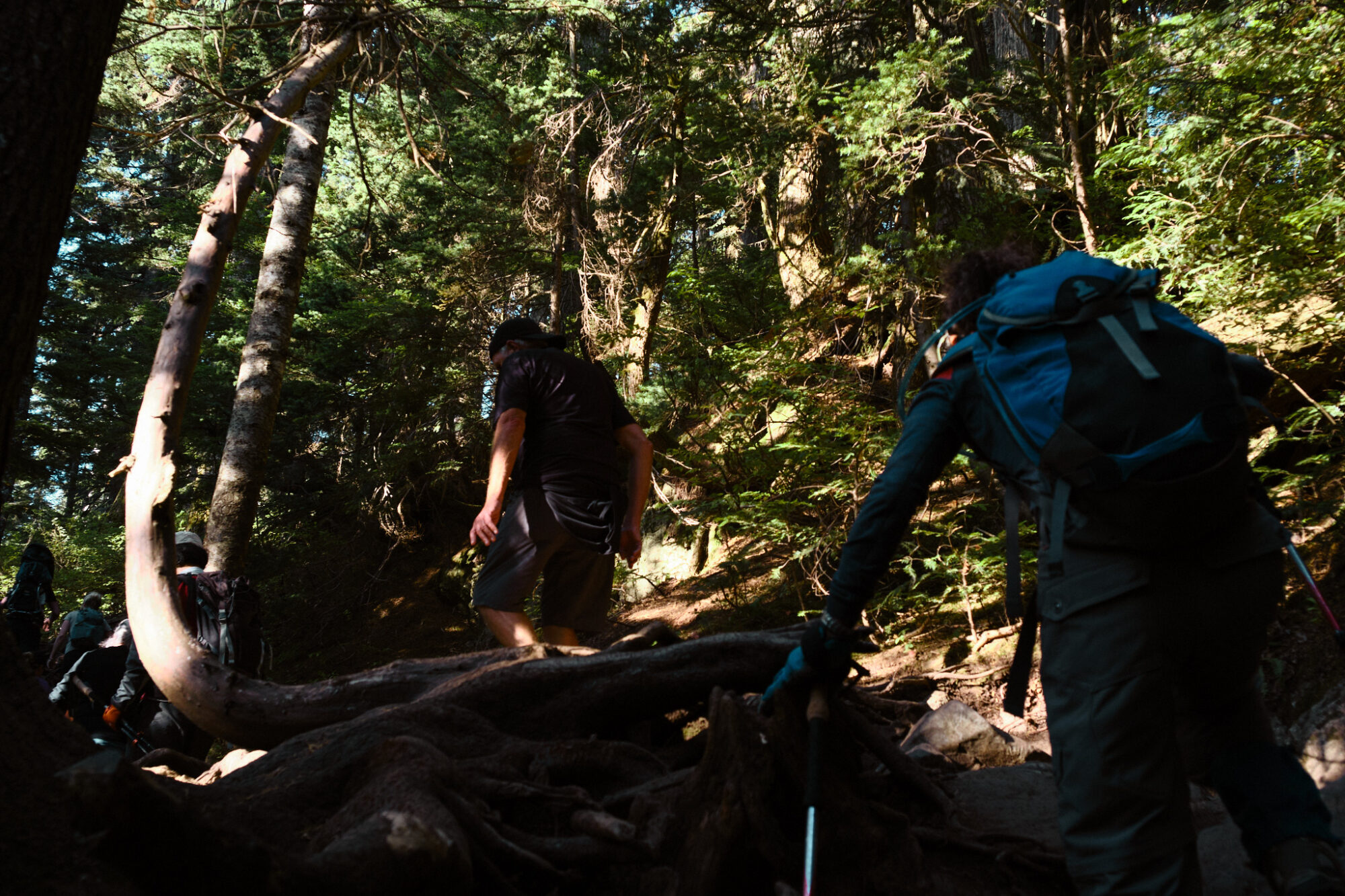